Six companies, five of them from the Saarland, have jointly applied for IPCEI funding. The aim of the individual projects is to develop a green hydrogen economy in the Saarland, France and Luxembourg.

Saarbrücken/Völklingen/Dillingen/Homburg/Essen/Munich. The energy company STEAG, the plant manufacturer Siemens Energy, the grid operator Creos Deutschland, the Saarbahn public transport company, and the SHS steel companies (Stahl-Holding-Saar with its companies Dillinger and Saarstahl) have developed a joint project idea aimed at establishing a cross-border and prospectively green hydrogen economy through the production, use and transport of hydrogen. This concept has now been jointly submitted in response to the current call from the German Federal Ministry for Economic Affairs and Energy for expressions of interest to identify important hydrogen projects of pan-European interest – IPCEI for short.

Hydrogen is an energy carrier and fuel both for low-carbon production of steel and for emission-free mobility in the region. Its benefits can be exploited to create value if the production and use of preferably green hydrogen and its transport through a fully functioning infrastructure are dovetailed with each other. The hydrogen projects “HydroHub Fenne” (STEAG), “H2SYNgas” (SHS - Stahl-Holding-Saar) and “TraficHdeux” (Saarbahn) in the Saarland, and the Saarland-French hydrogen project “mosaHYc” (Creos Deutschland) form part of the alliance of projects applying jointly for funding. With the funding as an “Important Project of Common European Interest” (IPCEI), the companies hope to secure the necessary capital to implement their projects.

Due to the structural conditions of industry and energy suppliers as well as a high volume of commuters in the Saarland and the greater region, the IPCEI projects can spark the development of a sustainable hydrogen economy in the region – fully in line with the planning objective of establishing the Saarland as a hydrogen model region. In the context of the national climate protection plan and the European Green Deal, the project alliance will make a significant contribution to reducing CO2 emissions. Collectively, the various sub-projects will also trigger a sustainable transformation process in industry and the mobility sector. This will create emission-free technologies in the border region that will help drive structural change.

Backing of the Saarland state government

Accordingly, these plans also enjoy the express support of the Saarland state government: “We need effective hydrogen lighthouse projects with a strong signal effect both for the economy and for the public at large. To this end, the Saarland has proclaimed the hydrogen model region, in which we – together with highly dedicated companies – are breaking new ground. I therefore expressly support this joint, cross-border project application for IPCEI funding. It is an opportunity for the Saarland to put the industrial core and mobility of the state on a new and sustainable footing," says Anke Rehlinger, Minister for Economic Affairs, Labor, Energy and Transport and Deputy Minister-President of the Saarland.

The projects in detail

The mosaHYc project, jointly undertaken by the distribution grid operators Creos and GRTgaz, aims to use an existing gas infrastructure to develop a cross-border high-pressure grid for the transport of hydrogen. The aim is to create a 100-kilometer-long infrastructure that will enable hydrogen producers and consumers in the “Grande Région” to develop business models in industry, the heat market and the transport sector. Account has to be taken here of the interplay between the various pipeline sections in the Völklingen (Germany), Carling (France), Bouzonville (France) and Perl (Germany) area in the Saarland and in France, as well as safety aspects. In the context of a feasibility study, the existing pipelines are being examined and prepared for conversion to hydrogen. In addition, it is being examined to what extent an existing pipeline route between Völklingen and Saarbrücken can be used for the transport of hydrogen.

The HydroHub Fenne project (2 x 17.3 MWel or 664 kg H2 per hour, equivalent to approx. 5,800 t H2 per year) pursued by STEAG and Siemens Energy, which has already been selected as a “Living lab for the energy transition”, is to be the first PEM (proton exchange membrane) electrolysis plant of significant scale. The plant is to be built in Völklingen in the Saarland on the site of an existing STEAG power plant, taking a brownfield approach and making continued use of existing structures without any far-reaching changes or environmental impact. The plant will use electricity from renewable sources (“green electricity”) for electrolysis, producing green oxygen and green hydrogen. The green electricity will be partly generated by STEAG in its own plants, e.g. by STEAG New Energies and STEAG Solar Energy Solutions, or procured on the market via green power purchase agreements (“green PPAs”).

The “TraficHdeux” project initiated by Saarbahn aims to build up the infrastructure for operating cross-border public transport with hydrogen-powered fuel cell trains and buses. The core of this project is the reactivation of non-electrified or only partially electrified rail lines across national borders. In addition, the construction of a filling station infrastructure at the STEAG power plant site in Völklingen is planned. The bus fleet is also to be converted to zero-emission operation as quickly as possible. By 2030, Saarbahn will have to replace around 85 solo and articulated buses. The majority of these are to be procured as zero-emission vehicles. In addition, a small-scale electrolyzer is to be installed to ensure supply until the connection to the mosaHYc pipeline is completed. In order to make optimum use of the excess capacity available during the start-up phase, the filling station is therefore also to be made accessible to other municipal companies and commercial users.

The Saarland steel industry, with the companies Dillinger and Saarstahl, plays a key role as an industrial consumer in the strategic development of the regional cross-border hydrogen value chain. Use of hydrogen is required to reduce emissions from processes in the steel industry. Within the scope of the “H2SYNgas” innovation project, a technology is being developed at a blast furnace operated by ROGESA Roheisengesellschaft Saar mbH, a joint subsidiary of Dillinger and Saarstahl, which will enable the use of the company’s own process gases and, in addition, substantial quantities of hydrogen for the blast furnace process. The synthesis gas generated from the company's own process gases will be enriched with hydrogen. This hydrogen-rich mixed gas will then be used as a reducing agent for the reduction of iron ore, replacing coke in the blast furnace process and thus avoiding CO2 emissions. Following the coke-oven gas injection system already installed at the blast furnaces in Dillingen in 2020, SHS – Stahl-Holding-Saar is set to take the next step on the road to CO2-neutral steel production in the Saar region by implementing this new innovative technology.

Creos Deutschland GmbH, headquartered in Homburg-Saar, supplies more than two million people in 340 towns and communities in the Saarland and Rhineland-Palatinate with its approximately 1,650-kilometer high-pressure gas grid and an approximately 450-kilometer high- and medium-voltage grid. The core competencies of Creos Deutschland include the management of energy grids and associated facilities as well as the optimization of grid infrastructure. The Creos Deutschland Group employs around 180 people and is a member of the leading Luxembourg energy group Encevo S.A..

With its 28 trains and 138 buses, Saarbahn transports 42 million people a year on road and rail both within the state capital Saarbrücken and in the area of the Saarbrücken Regional Association. In 1997, Saarbahn became the first European transport company to operate cross-border services as far as Sarreguemines in Lorraine. With around 600 employees, the long-established Saarbrücken-based company is the largest transport company in the Saarland and operates a rail and bus workshop, a driving school, the Saarbahn Service Center and many other services. Saarbahn GmbH is a member of the Stadtwerke Saarbrücken group of municipal utility companies.

Founded in 2001, SHS – Stahl-Holding-Saar GmbH & Co. KGaA (SHS) is today an operational management holding company which since 2010 has been actively taking on activities for the Saarland steel companies Dillinger and Saarstahl. Dillinger is a leading manufacturer on the market for heavy plate made from steel for machine manufacturing, the offshore wind industry, and the construction machinery and steel construction sectors, among others. Saarstahl is a premium manufacturer of wire rod and bar steel for use in the automotive industry, in machine manufacturing, and in the construction sector. Both companies are working in unison to grow, become more flexible and enhance the competitive edge in their respective markets. Some 13,500 people worldwide are employed under the SHS umbrella. More information available at www.stahl-holding-saar.de

Siemens Energy is one of the world’s leading energy technology companies. The company works with its customers and partners on energy systems for the future, thus supporting the transition to a more sustainable world. With its portfolio of products, solutions and services, Siemens Energy covers almost the entire energy value chain – from power generation and transmission to storage. The portfolio includes conventional and renewable energy technology, such as gas and steam turbines, hybrid power plants operated with hydrogen, and power generators and transformers. More than 50 percent of the portfolio has already been decarbonized. A majority stake in the listed company Siemens Gamesa Renewable Energy (SGRE) makes Siemens Energy a global market leader for renewable energies. An estimated one-sixth of the electricity generated worldwide is based on technologies from Siemens Energy. Siemens Energy employs more than 90,000 people worldwide in more than 90 countries and generated revenue of around €27.5 billion in fiscal year 2020. www.siemens-energy.com

STEAG GmbH has stood for efficient and secure energy supply for more than 80 years, both in Germany and abroad. As an experienced partner, we support our customers comprehensively in all phases of energy supply. We design, develop, implement, operate and market highly efficient energy solutions – from renewables-based distributed generation and storage facilities to large central power plants and recycling of their by-products. Together with customized solutions in the field of electricity and heat supply, we also provide a wide range of energy services – increasingly on the basis of renewables. With success: From 1990 to 2020, STEAG permanently reduced its own CO2 emissions by almost 80 percent. 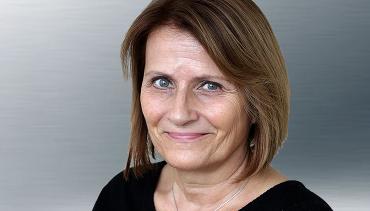 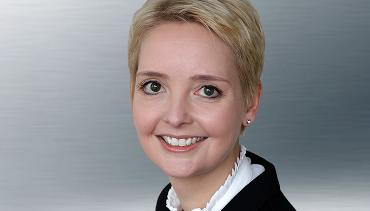